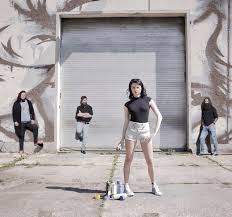 Their record debut ‚The New Black‘ came out in 2013 and made a huge impact in German underground music scene. The following tour hit ground in 53 cities for both headlining and support shows for famous German artists like J.B.O. and Jessy Martens Band. In 2017 the second record ´Scars And A Lion´ was released. German Slam Magazine called it ‚a fresh breeze in alternative music‘ and the following tour led the band to shows outside of Germany for the first time.

Meanwhile Their 3rd record ,Fire Fire!‘ came out September 7th 2018 under the flag of flying spruce records. After constantly touring for the past 5 years the band decided to only play selected festivals during summer and get right back to the studio for another record in 2019. ​

The EP ´Taking Back Horizons´