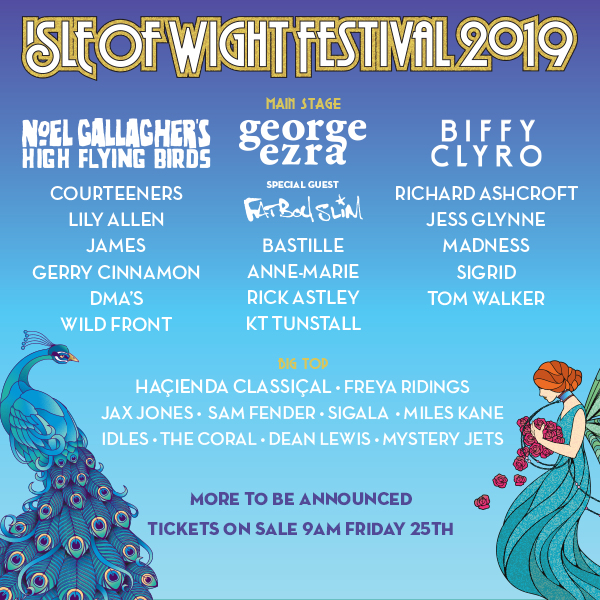 Fatboy Slim, Garbage, Richard Ashcroft, Keane and Noel Gallagher's High Flying Bird will be the main headliners of Isle of Wight Music Festival, woww it is an A list of music fest line-up

Let me remind you, Isle of Wight Festival is Music festival, maybe the UK's longest-running music festival ever, and remains one of the most popular in Europe. How about the fans of this festival, Each year it brings around 80,000 music fans to the island for a weekend of iconic rock stars, underground dance acts and everything in between. It is party all night long with Art things

Previously, Isle of Wight festival is Born in 1968 and still rocking out strong 50 years later, Isle of Wight Festival has lived through decades of musical and cultural change, always staying relevant and incredibly popular. Just a handful of the greats to have headlined its hallowed main stage are Fleetwood Mac, David Bowie, The Rolling Stones and The Who.

This music and art festival is families friendly, yeah Great for families, the lineup also includes a diverse programme of theatre, film, comedy, activities and games, stretching across four days and a huge, unique location.

Here is some clue to get there...

Passenger Ferry tickets to the Isle of Wight from only £15 return, Both Red Funnel & Wightlink have fantastic deals for foot passengers from Southampton & Portsmouth Harbour.

Getting to the Isle of Wight couldn't be easier, All you need to do is get yourself to one of the four mainland ferry ports at Southampton, Portsmouth, Lymington or Southsea.

After a short crossing, you will arrive on the Island and you'll be at the Isle of Wight Festival in no time at all.
The ferry ports are served by good rail and road links.


And beyond the festival's gates, those wishing to turn the trip into a longer holiday will find an island offering all kinds of extra activities, including walking, cycling, horse riding, kayaking, sailing and much, much more.
This year's festival theme is Summer of '69 – Peace and Love, so don your favourite fancy dress and enjoy performances from the likes of Simply Dylan.