The Pixies Will Perform at London, Newcastle, Cardiff, Belfast and Around The Europe 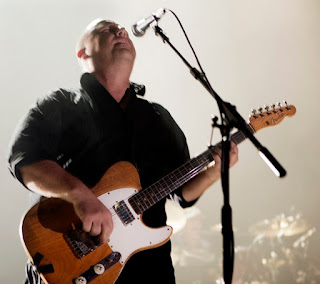 Latest update from The Pixies, The band will tour around the the UK and Europe later this year, including a stop in O2 Academy Brimingham The Pixies will perform at London, Newcastle, Manchester, along with other dates across the UK country.

The gig in the capital will come in the same month as The Pixies are due to release their seventh, as-yet-untitled studio album. Just for your information, The Pixies are an American alternative rock band formed in 1986 in Boston, Massachusetts. The Pixies original line-up was composed of Black Francis (vocals, rhythm guitar), Joey Santiago (lead guitar), Kim Deal (bass, backing vocals) and David Lovering (drums). The Pixies disbanded acrimoniously in 1993, but reunited in 2004

Meanwhile, as reported from Standard London, The Pixies previously came to London in October and November last year, to mark the 30th anniversary of their groundbreaking debut, Surfer Rosa. It was the album that set them on course to become one of the most influential American bands of the late 80s and early 90s, inspiring the likes of Nirvana, Radiohead and PJ Harvey.

for more information, here is the page www.pixiesmusic.com The official website
image by: Simon Fernandez [CC BY 2.0 (https://creativecommons.org/licenses/by/2.0)]