The Weeknd, SZA and Travis Scott: "Power is Power" Inspired by Game of Thrones (Listen) 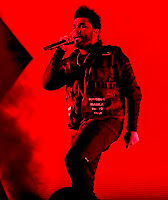 Game of Thrones final season is already aired by HBO, many artist and musicians inspired by Game of Thrones tv series, here is “Power Is Power” by The Weeknd, SZA and Travis Scott is on the forthcoming “Game of Thrones” album For the Throne (Music Inspired by the HBO Series Game of Thrones). The record, which comes out April 26, also features contributions from the National, A$AP Rocky, the late Lil Peep, ROSALÍA, and others

The intro feels like opening theme, but more hype I think, The Weeknd factor giving this Power is Power more awesome, Columbia Records Published this you tube video on Apr 18, 2019