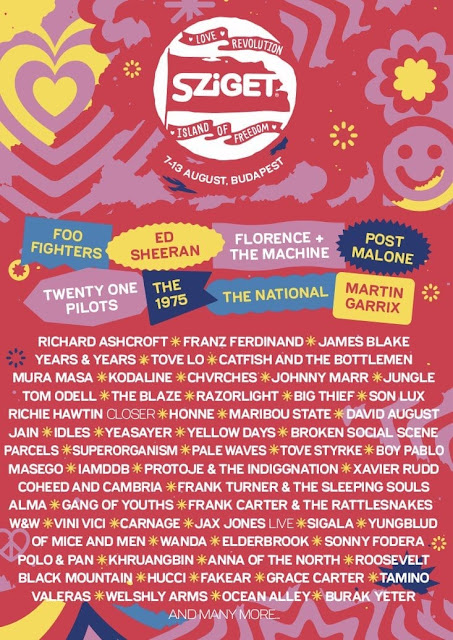 Budapest Hungary is one of the beautiful places, one of the fave tourist all over the world bucket list, there is Music and Art festival called Sziget Festival, the music and art festival is one of the biggest multi-genre music festivals in the world, taking place in Budapest. Born out of the collapse of the Soviet Union, the festival has been going steady since 1993 until now.

Sziget Festival is one of the true bucket list festivals, Sziget festival transforms Obuda Island into a fully functioning musical and art haven that welcomes over 550,000 people each year to witness a lineup that includes the biggest names in music. not only music festival, there is including art show, food truck and more entertaining things is ready to enjoy for visitors

Sziget Fetival recent past headliners have included the likes of Arctic Monkeys, Gorillaz, Kendrick Lamar, Muse, and Rihanna. What makes this festival so special is the plethora of other activities that compliment the music, such as dance stages, a cinema, theatre, contemporary circus shows, sporting events, and even a beach where you can take a dip in the Danube

The festival will start 7-13 August 2019, The A list artist is here, Ed Sheeran, The 1975, Martin Garrix, Foo Fighters, Florence and The Machine, Twenty One Pilots, The National, Macklemore, Years and Years, Post Malone and more....

Óbuda Island is in the north of Budapest on the Danube. But it isn't just the island where Sziget takes place, with the entire city lighting up for a week of non-stop partying. there is more places you guys can enjoy it