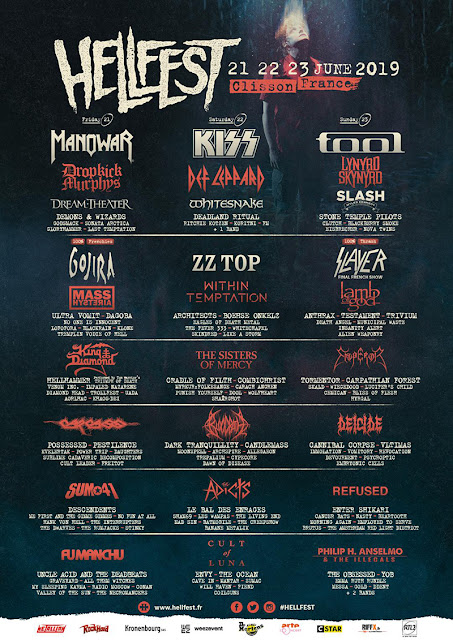 Hellfest Open Air is one of the biggest rock show in this planet, Beyond the almost overwheliming three-day programme, Hellfest Open Air has also become renowned for its spectacular production that sees the site transformed with enormous staging, imposing pyrotechnics and all manner of other impressive structures and installations. There is Mainstage, Mainstage 2, Temple, Altar, Valley and Warzone stage categories, from Friday 21 June 2019 - Sunday 23 June 2019

Here is the line-up: