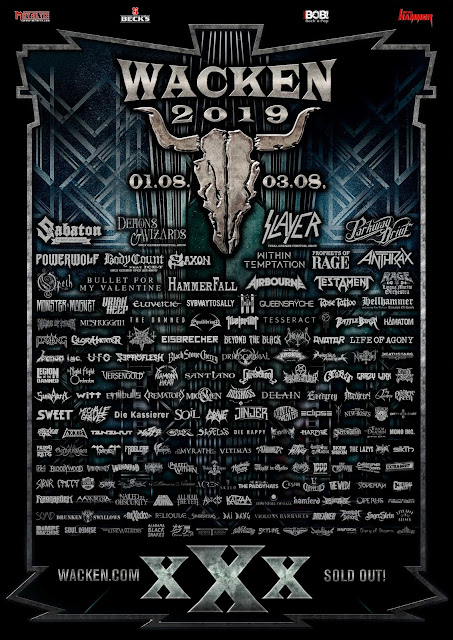 Wacken Open Air the biggest and best heavy metal and hard rock talent the world has to offer, deservedly winning the 'Best Major Festival' at 2018's European Festival Awards. The Wacken Open Air experience is as sought after as the lineup, but with over 150 artists performing across 8 stages within 280 hectares, there's plenty of room for 80,000 devoted metalheads from 80 different nations to headbang till sunrise. There are more just music show, there is plenty of Art show, games, metal head things, merch and of course the legendary T-Shirts of Wacken Open Air is ready to collect


This the full line-up:

Anthrax, Battle Beast, Beyond the Black, Black Stone Cherry, Bleed From Within, Body Count feat. Ice-T, Bullet for My Valentine,