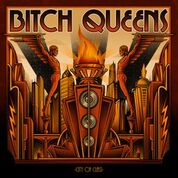 Some high-energy live show band with simple punk rock is here, this is Bitch Queens, in-your-face riffs and a “fuck you” attitude! The Bitch Queens sound isn’t just plain 1-2-3-4 Punk Rock. Next to the straight beats and three-chord verses there’s plenty of room for some finesse. the band it self said "It’s a street fight with the Stooges and the early Backyard Babies, while next door the Dead Boys are drinking beer with Turbonegro" but I think its more than that, Bitch Queens bring classic rock guitar sound to simple punk rock verse, its a solid sound

Bitch Queens are Melchior Quitt (Vox/Guitar), Harry Darling (Drums/Vox), Daniel Schönenberger (Guitar) and Marcel Colomb (Bass /Vox), the band have been on the road since 2008. They've proven themselves in countless shows and a bunch of tours through Europe, USA and Japan. With Mascara and glitter oozing through their veins, there may be no other Swiss formation that can kick more ass on stage than the Bitch Queens. 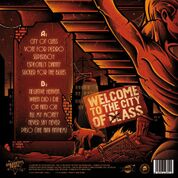 LuxNoise is proud to announce the next "Bitch Queens" album "City Of Class". The record will be out 27th of September on vinyl, CD & on all digital platforms. It contains 11 straight death-punk songs