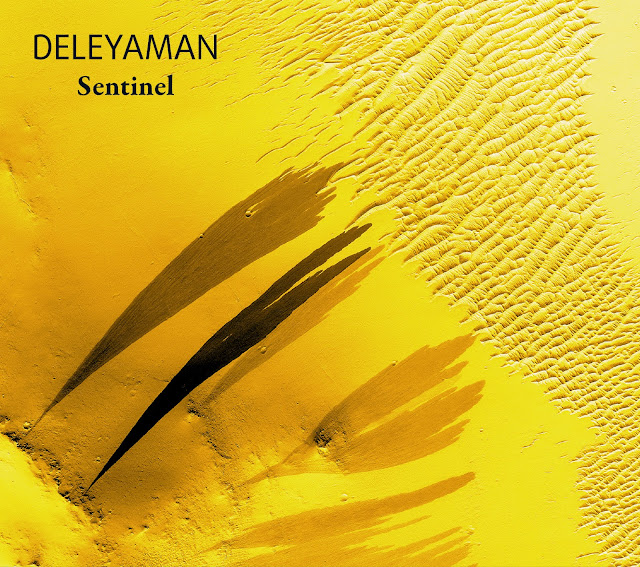 Hello there.. let me introduce Deleyaman, band from multiculture background band member, their upcoming album will be release on January 2020, before the release, please you can see and hear this video below, the title is Deer on The Run, the sound is cool, atmospheric, slow and deep, personally

Heavy voice from the lead vocalist is one of the best things, simple and acoustic based music bring some beauty about the music

"Sentinel" is the title of the eighth album from Deleyaman. The album explores new depths in the musical universe of Deleyaman, the multicultural band founded by Aret Madilian. The soundscapes, emotions and inspiration evoke an enigmatic atmosphere that lies between dream and reality. "Sentinel" comes out on January 17, 2020 via Sonic Rendezvous (Europe) and Cobraside (USA).

As reported from their press release kit, "Sentinel" opens with the mysterious piece "Exil", composed by the American multi-instrumentalist Aret Madilian and sung by the French singer Beatrice Valantin.

A starring role is set aside for the old wind instrument the duduk, played by the Armenian musician Gerard Madilian. (Gerard and Aret have the same, unusual last name, but there is no clear relationship between the two.) Newcomer to the band is bass player Guillaume Leprevost who makes his debut on "Sentinel". The sixth song "The Valley", contains a special guest contribution from Brendan Perry of Dead Can Dance who plays the cimbalom, the Greek bouzouki and the drums.

It is not the first time that Perry has appeared on a Deleyaman album; he had previously contributed to two songs on the album "The lover, The stars & The citadel" in 2016. And in 2019, Dead Can Dance covered Deleyaman's "Autumn Sun" including the song in their setlist throughout their European tour "Dead Can Dance : A Celebration - Life & Works 1980 - 2019".

"Sentinel" is an introspective album that consists of ten romantic and spiritual compositions that awaken the senses. "Sentinel" embodies an invitation to a journey, in the Baudelaire-ian sense of the word.