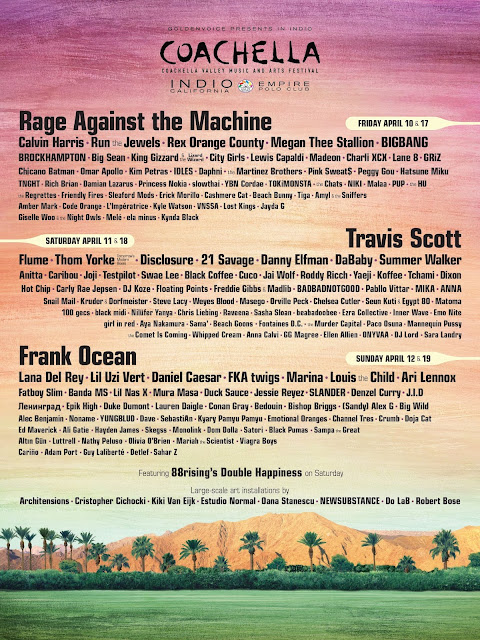 Hello friends, Get ready for Coachella 2020... The Coachella 2020 music festival taking place over two weekends in the middle of April, 10 April -19 April 2020, Coachella 2020 is one of the biggest music festival in this pale blue planet called Earth, There is a lot of triple A artist list, Rage Against The Machine reunion, Thom Yorke, Lana Del Rey, Travis Scott, Fatboy Slim and more 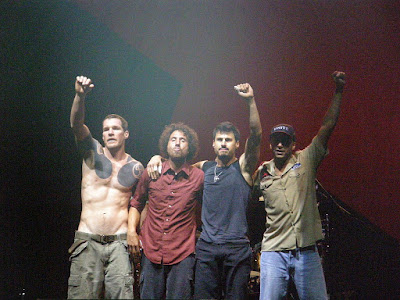 Meanwhile from other side, Rage Against The Machine Frontman Zack de la Rocha, who last released solo material in 2016, has reportedly been working on new music project and also solo album with hip-hop taste music for some time. At the time Prophets Of Rage formed

And finally they are coming back for a band reunion with series of tour dates, starting in El Paso, Texas, March 26, 2020, some kind of coincidence, the re-unite event eight months before the 2020 election.

For your information, Coachella 2020 is a great and top notch music festival in Indio, California. The biggest musical celebration in the world, grab your ticket soon as possible

get your ticket here: https://musikka.com/browse/events/coachella-2020