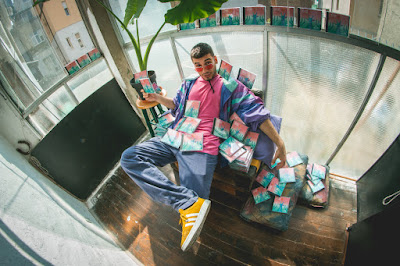 Wow it is awesome and fresh from Milan Veselinovic, as reported from his profile, Milan Veselinovic is a long time musician recognisable to the local music scene by his bass playing with the local progressive metal bands from Belgrade (Tymish: Phobos). This is his first solo album and it sounds nothing like the older projects he contributed to. The album "Hatter Matter" was released on 3rd of June 2019.

Hatter Matter is fit for you if you like progressive melody and nature sound in between, the Ukulele sound is one of the most point of view, here the every detail pick by pick by his hand, Milan Veselinovic Hatter Matter is executed well

It was composed on the traditional Hawaiian instrument - the ukulele! It was classified as World music/New Age by the public, but actually it's a compact piece of 25+minutes divided into 5 original songs that were inspired by artists cogitation and the feelings that followed. Besides Milan who composed, arranged and record the bass, ukulele and percussion for the album he was accompanied by Nemanja Maksimovic, who is the producer and sound engineer of the album that recorded guitars, keyboards and did the drum programming and editing, and Luna Skopelja who is also the producer of the album who did the arrangement as well, and recorded keyboards and vocals for it.

For the album artwork all credits go to Jovan Radovanovic, a long time friend of Milan's. Although all the songs are instrumental, Milan wrote some lyrical content for each song on the album so the concept of them, and album in general, would be more understandable for the audience. For now, streaming and buying the album is available via Bandcamp