The Pixies Have Announced New Album and 12 Episode Podcast : Beneath The Eyrie (Video and Lyrics) 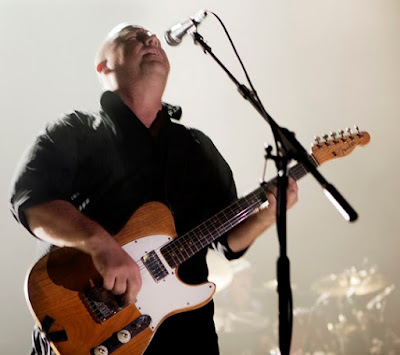 British music scene is refreshing again with the old school 90's band, The Pixies announce new album, The Pixies's follow-up to 2016’s ‘Head Carrier’ will be released on September 13 on their new record label, Infectious/BMG. Featuring fresh 12 tracks, the new album was recorded in December at Dreamland Recordings near Woodstock, New York. The Pixies have officially announced their seventh studio album, ‘Beneath The Eyrie’

The Pixies have also announced that they have documented the recording of the album in a special podcast. Titled It’s a Pixies Podcast, the 12-episode podcast was produced by the band and narrated by author Tony Fletcher.

The podcast is featuring insights from the recording studio and a special “audio booth” where The Pixies members were asked to offer their thoughts and observations throughout the recording process, it’s due to debut on June 27.

Meanwhile, The Pixies have already booked in a lengthy UK and European tour for September and October 2019. The tour band kicking off in September, the tour coincides with the release of The Pixies’s new album. Black Francis and co will be calling at Cardiff, Plymouth, Birmingham, Leeds, Manchester, London, Newcastle, Glasgow, Edinburgh, Belfast and Dublin before heading over the Brits

Tom Dalgety as The Pixies new album producer, who also worked on ‘Head Carrier’, telling the world In a press release, the album is described as a place “where tales of witches, Daniel Boone, misfits and other characters fit utterly into the band’s inherent weirdness.” Alongside the announcement, the band have shared the first song from the album, ‘On Graveyard Hill’ – check it out


The official audio for 'On Graveyard Hill' by Pixies taken from new album ‘Beneath the Eyrie’. Pre-order the brand new album, out September 13: https://pixies.lnk.to/eyrieID Add the ‘On Graveyard Hill’ to your library: https://pixies.lnk.to/graveyardID Follow Pixies Facebook: https://www.facebook.com/pixiesofficial Twitter: https://twitter.com/pixies Instagram: https://www.instagram.com/pixiesofficial Website: http://www.pixiesmusic.com